In the 2021 season, Virginia Motorsports competed in the Formula SAE Michigan event with their first Formula car, VM-S21, whose nickname is still to be determined... 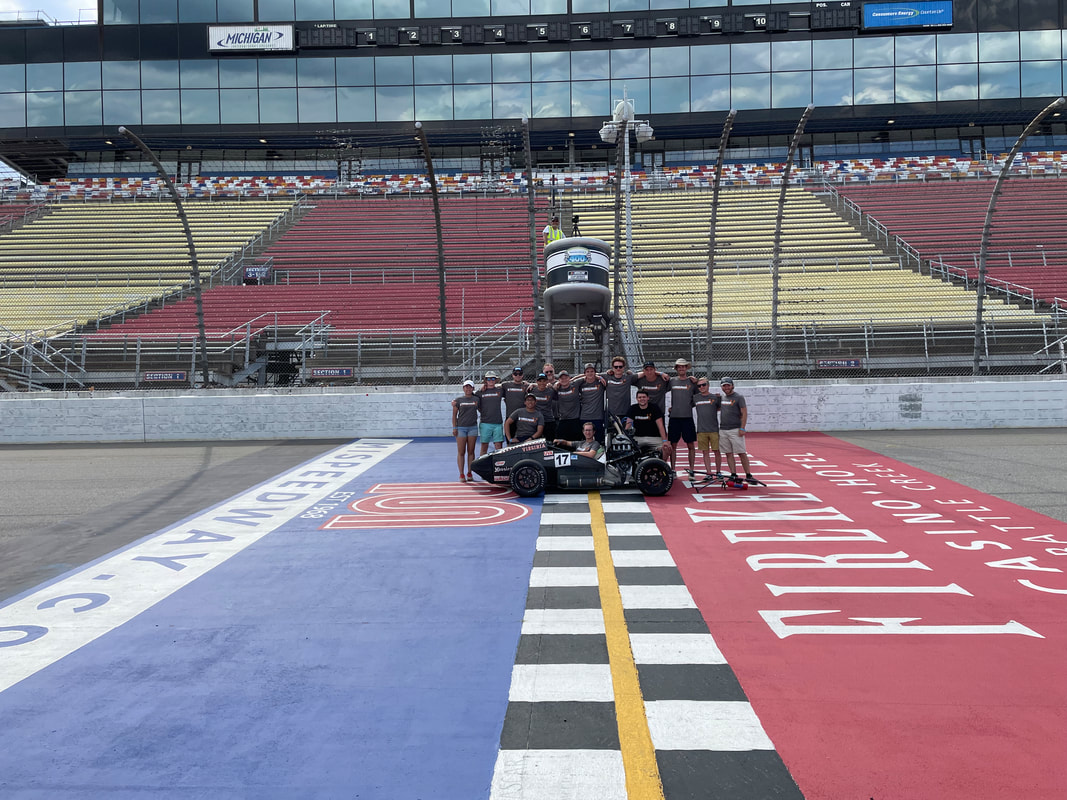 Formula SAE has a four part technical inspection: scrutineering, tilt test, sound test, and brake test. We were able to pass through scrutineering on our first day of competition on our second time through after we made some minor fixes to the car. The judges were really impressed with how well we had followed the regulations, and we finished well before the end of the day.

The second day of competition is reserved for the other three parts of technical inspection. Although we detected a couple of problems before each test, we made the necessary fixes and adjustments to pass through each of the tests all within the second day.

The third day of competition is for competing in the smaller events such as acceleration, skid pad, and autocross. As we had passed all parts of the technical inspections in the first two days, we had extra time on our hands to practice before competing in these events. For each event, we were given two attempts each for two drivers for a total of four runs, all of which we were able to complete, allowing our drivers to gain more experience racing at competition. We placed 30th for autocross, 31st for skid pad, and 32nd for acceleration out of 55 cars. The endurance race marks the fourth and final day of competition.

For this event, the coordinators stagger the starting order so that the slower cars drive together and the faster drive together. The endurance race also involves two drivers, with the first completing 11 laps before swapping drivers, after which the second driver completes the last 11 laps. Although our car was likely the heaviest one at competition, we remained quite competitive, keeping up and even passing those around us. Unfortunately, at the end of the first driver’s stint, an oil system issue led to the engine overheating, which resulted in poor engine performance. Although we got through the driver swap and restarted, the engine took a turn for the worse and seized, which resulted in us being towed away within the first lap of the second driver’s stint.

​Even though we did not finish the race, we still placed 30th overall with many teams and judges complimenting us for our competitive achievements. In terms of the competition’s static events held virtually in the early Spring semester - the design presentation - we received a lot of good comments and feedback with many of the judges being impressed with our manufacturing and general progress. Although we did not perform as well in the business and cost presentation events, we were able to learn a lot from the judges on how to improve for next year!